No Result
View All Result

Revenue is reminding businesses that they may qualify for the additional seasonal Covid Restriction Support Scheme (CRSS) payments.

Tips to Keep in Mind Before Applying for a Home Loan

Firms affected by the government’s decision to move to Level 5 are eligible for additional payments for the weeks beginning December 21st, December 28th and January 4th.

The additional payment was already due to businesses that were already precluded from reopening, such as pubs that don’t serve food, nightclubs, discos and casinos.

Businesses that are closing fully today will now be eligible to apply.

The payment provides up to double the amount of the weekly CRSS support payment due, subject to the statutory maximum payment of €5,000 per week.

A qualifying business can make a claim now via the eRepayments service in ROS.

Revenue has also reminded businesses that recommenced trading following the lifting of restrictions on December 4th that they can still claim an additional CRSS “restart week” of support, if they have not already done so.

Credit Unions occupy a special place in the hearts and minds of Irish people.

While financial institutions generally experienced something of a fall from grace in the years after the financial crash, credit unions continued to maintain their status as a trusted community pillar.

Indeed, for six years running now, the credit union has claimed top place in a survey of brands based on their customer experience carried out by the CX Company.

“They’re locally based and run by a voluntary board and are generally staffed by local people who know their members,” said Ed Farrell, CEO of the Irish League of Credit Unions (ILCU).

The ILCU represents about 300 credit unions north and south.

“It’s a local service and that’s appreciated,” he said.

However, the sector has not been without its share of troubles in the last decade or so.

There have been a number of high-profile collapses, the most recent being Drumcondra Credit Union in Dublin, which went into liquidation after talks about a merger with another institution failed.

Other mergers have had a more successful outcome, creating bigger entities with greater financial firepower.

That process has seen the total number of credit unions in the Republic falling from just over 400 in 2011 to fewer than 250 today.

The sector has also been hit by a big shift in consumer mindset in Ireland in recent years, which has seen loans falling and deposits rising.

According to a report from the Central Bank this week, combined loans across the sector stand at about a quarter of total assets.

That’s down from around half in 2007 and is thought to be the lowest across the credit union movement worldwide.

Why are loans falling?

Since the crash, households here have been paying down debt with gusto.

In 2008, as a country, we were awash with loans and credit. Household debt peaked at €202 billion.

After being savaged by a severe recession, it appears we learned harsh lessons and started to chip away at that debt to the point where we’re now collectively paying down loans at a faster rate than we’re taking on new debt.

From peak, household debt has fallen by over a third, or €72 billion, according to the Central Bank.

In the year to the end of September, loan repayments exceeded new lending by €535 million.

All the while, deposits have increased, hitting a record €123 billion in October, according to the regulator.

And that’s part of the problem for credit unions. 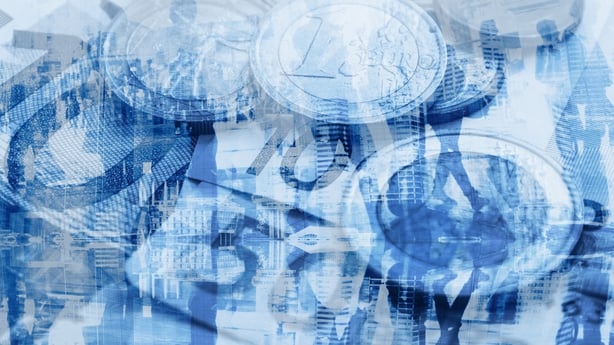 They’re getting money – why is that a problem?

Under Central Bank rules, a credit union must keep a minimum of 10% of its total assets in reserve, so the more it has in member savings, the more it must put aside to meet regulatory requirements.

On top of that, the sector is being hit by the low interest rate environment that’s affecting all financial institutions.

That has prompted many credit unions to restrict deposits from individual members, in some cases as low as €10,000 per member.

“The capital requirements are a big burden on credit unions,” Ed Farrell said.

“If they take in €1,000 or €10,000, they’re going to earn minus income on it. They have to have a reserve of 10%, which they have to find from their profits for capital requirements. That’s higher than a bank. A bank would only have that capital requirement if they were lending the money out.”

The ILCU has in the past called on the Government to reduce the capital reserve requirements from the current 10% to at least 8%, which it says would bring them into line with international norms.

The Credit Union Development Association – a group of around 50 credit unions – has suggested that credit unions be permitted to direct their members towards State savings, which would place the money directly with the Government.

“This would alleviate the capital pressure for Credit Unions, as the savings would no longer be on their balance sheet, while allowing them to continue to deliver services to their members,” Kevin Johnson, CEO of CUDA explained.

2020 looked like it was going to be a challenging year for credit unions, with around 60% saying during the summer that they were offering payment breaks and around three quarters reporting reduced appetite for borrowing among consumers.

The Central Bank report noted that credit unions came into the Covid crisis with strong reserves and a strong liquidity position.

“Across the sector, reserve and liquidity levels have remained relatively stable so far during the pandemic period,” it added.

The ILCU pointed out that its member credit unions had built up substantial capital reserves and provisions, and were in a good position to absorb loan losses, which, they admit, are inevitable.

However, it noted that both arrears and loan losses remain at very low levels so far.

According to Ed Farrell, demand for credit bounced has back considerably, despite an overall fall in lending in the year as outlined in the Central Bank report.

“Loans for home improvement have been particularly strong. People have been spending more time in their homes and realising that work needed to be done.” 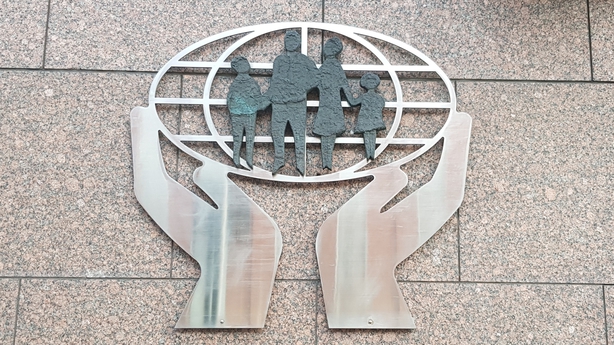 There are areas of lending into which the credit union is looking to expand further in the months ahead, including green financing.

“We’re exploring the introduction of a green loan,” Paul Bailey, Head of Communications with the ILCU said.

“The Government climate action plan envisages the refurbishment of half a million houses to a B2 rating by 2030.

“That’s a big space and we’re working with a couple of partners to get into that by the first quarter of next year which will help grow the loan book.”

CUDA has already developed a product in this area in partnership with the Sustainable Energy Authority of Ireland (SEAI) and energy services provider Retrofit Energy Ireland Limited (REIL) to help homeowners with the cost of improving their home’s energy efficiency.

SEAI grants fund up to 35% of the cost of a retrofit with the balance being provided by the credit unions.

The sector is also looking to grow its presence in the mortgage market.

Credit unions are permitted to lend 5% of their total balance sheet in mortgages, but an expansion of the threshold can be granted by the Central Bank in certain circumstances.

“Every credit union in theory can do them, but it’s the larger, more developed ones in practice that are doing them,” Mr Farrell said.

The challenge of enhanced savings, together with muted demand for loans, is not unique to the credit union sector.

Nor is it a phenomenon that’s particular to Ireland.

All across Europe, householders are putting cash aside, partly because of reduced spending opportunities throughout the pandemic – with shops and services closed for long periods – but also out of fear for the potential of another recession when the memory of the financial crash is still fresh for many.

The challenge for the whole financial sector, as well as for policymakers, will be to convince those who were lucky enough to have been in a position to gather cash in recent months to spend some of that – and even borrow some more – as economies gradually return to normal after the pandemic.

One solution for financial services providers would be to simply pass the ECB negative rates on to deposit holders.

Kevin Johnson of CUDA indicated that credit unions were not minded to move in that direction in the near future.

“It’s long been the case that large corporate clients and wealthy individuals are charged negative interest by banks,” he said.

“The outlook for this being extended to the average consumer in the short-term is very unlikely.”

One significant development in the credit union space in recent times that could see it taking on a new role in the community is in the area of social housing.

The regulations are now in place to allow the sector to lend to approved housing bodies (AHBs) through a regulated fund.

CUDA has signed up with Initiative Ireland, a group that specialises in funding social and affordable housing developments.

It hopes to deliver 1,000 new homes a year through the scheme.

“It fits well with the social ethos of credit unions,” Ed Farrell of the ILCU said.

“It’s another avenue and it’s a better social use than parking the money into a government bond or a bank.”

Tips to Keep in Mind Before Applying for a Home Loan

China looks to cut inequality in order to boost the economy

Mutant COVID strain in the UK: Will it derail the global economic recovery?

How TikTok changed the world in 2020

China looks to cut inequality in order to boost the economy

Top Technologies that are Revolutionizing the social media

Tracking COVID-19 Vaccines Around the World

No Result
View All Result